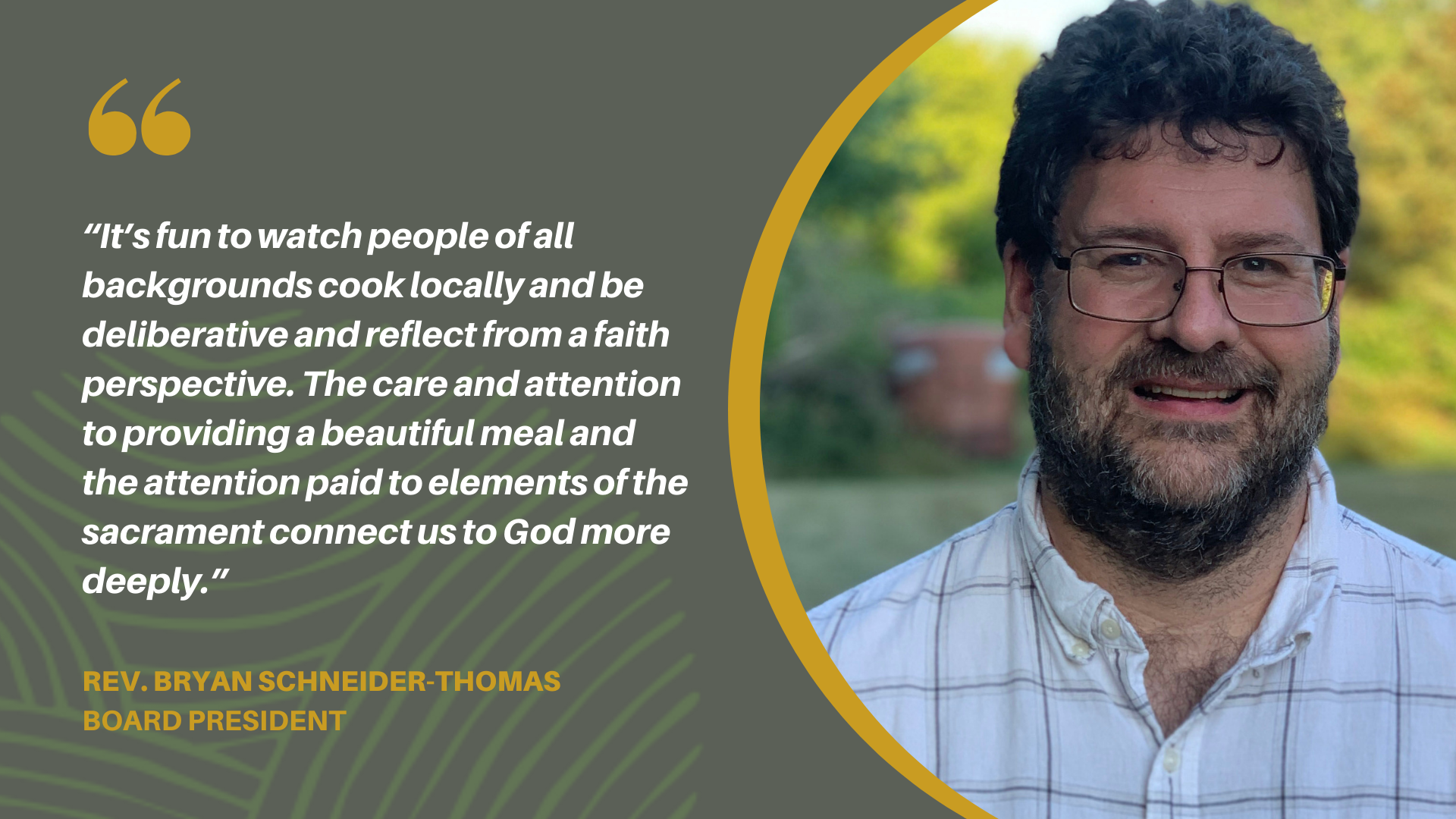 Reverend Bryan Schneider-Thomas has been the pastor of Peace Lutheran Church in Sparta since 2009 and served as a pastor in West Michigan since 1995. Although he’s served on the board for 4 years, and is currently serving his second term as president, he feels that his deepest connection to Plainsong Farm is rooted in his participation financially and as a volunteer. Bryan sees the power of Plainsong as a cycle of investment. Visitors come and experience the farm as a living laboratory, see the value, and then encourage others to get involved, thus increasing the organization.

Schneider-Thomas himself first connected to Plainsong through the heirloom wheat program. While he enjoyed the planting, harvesting at the end of the season with a large group of volunteers to the music of a folk quartet stands out as one of his best memories with Plainsong. And one that pushed him toward the realization of the spirituality of environment and food. Today, his congregation gleans grapes to make their own communion wine, “Theologically it has more meaning through expanding and deepening connections.”

This connection with Plainsong led to Bryan’s invitation to join a pilot program called “Eating Faithfully Together.” This experience further awakened him to the extent of connectedness, “I am connected to land, to God, to me, the boundaries begin to disappear.” Bryan began to see food as a way to connect with others and with God.

His church just finished up their third time through the curriculum. Every year the group buys a share from Plainsong, and every week a different person picks up the share and makes a meal for the group. “It’s fun to watch people of all backgrounds cook locally and be deliberative and reflect from a faith perspective,” Bryan notes.

This year, the group made meals with family recipes, adding another layer of connection. Bryan had the “realization that the sacredness of food is knowing its story.” As the circle of stories grows wider, from who grew and packaged the food to the cook to the story of the recipe, the meaning deepens. Acknowledging the harm present in food production must also be held as a part of that story. To Bryan, the “care and attention to providing a beautiful meal and the attention paid to elements of the sacrament connect us to God more deeply.”

Coming from his own experiential journey, Bryan holds that the connection we can have to God through food, “can’t be explained, only experienced. When you invite people in, then it makes sense.” Plainsong is uniquely positioned to hold up the conversation of food, faith, and creation, especially as “a place for those who feel alienated and not connected to traditional Christianity.” It’s a step on the journey toward finding home.

Ultimately Bryan values the connections he’s built at Plainsong, whether through chatting every week when he picks up his CSA share or inviting the new fellow cohort over for dinner. And the connections he’s come to care for between himself, the land, and God. One of Bryan’s own favorite dishes to make with Plainsong veggies is ratatouille, as it answers “the conundrum of what to do with eggplant.” 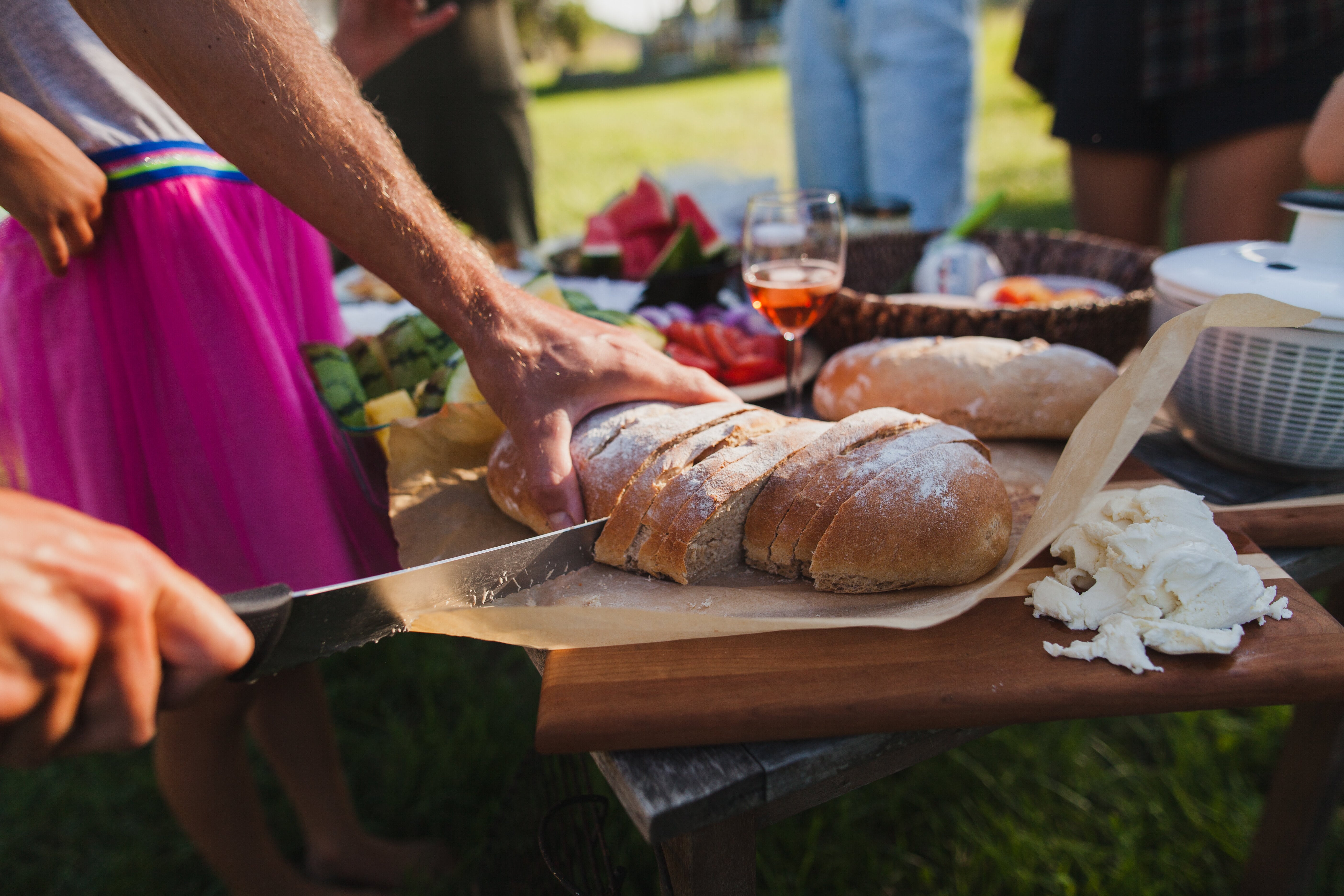 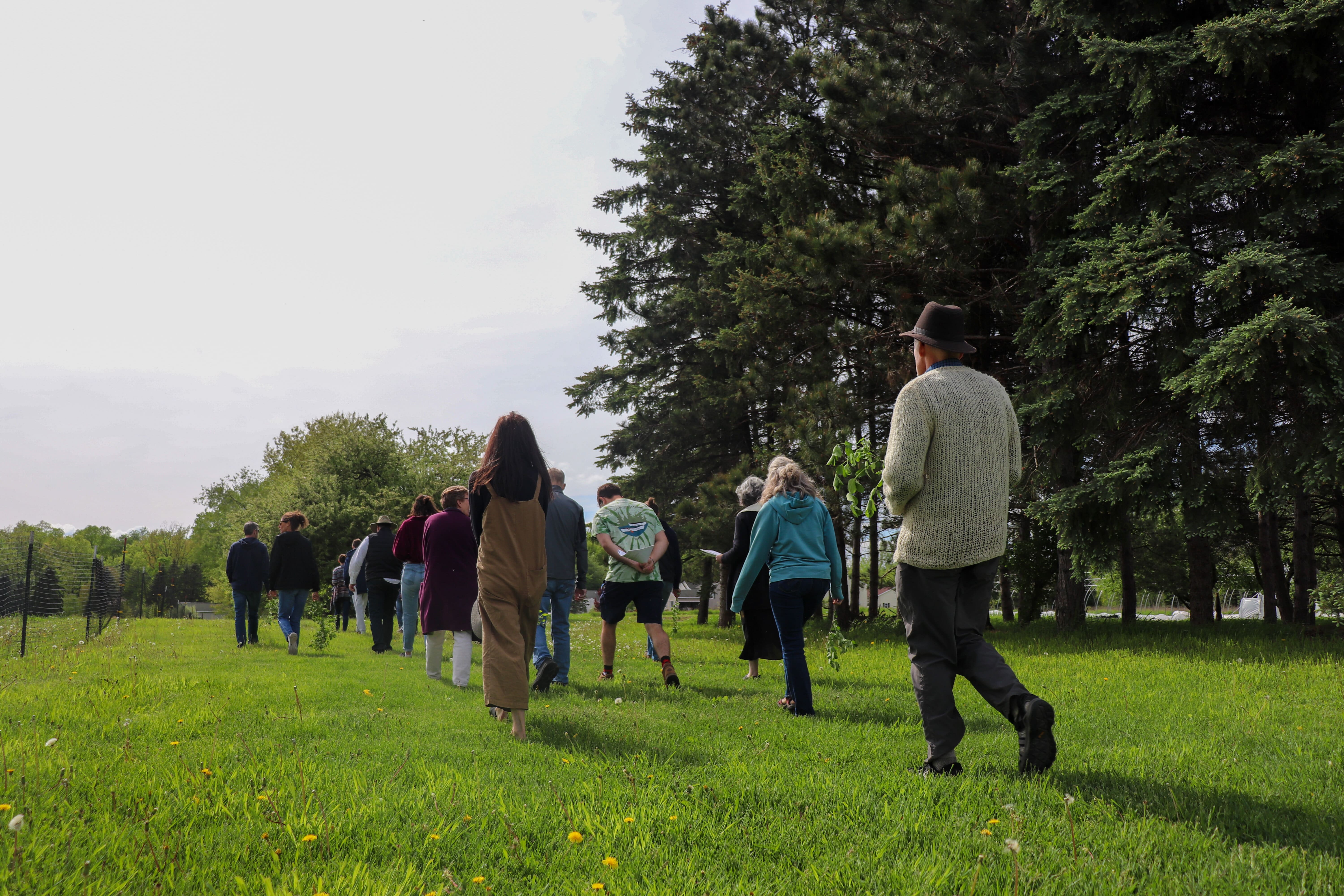 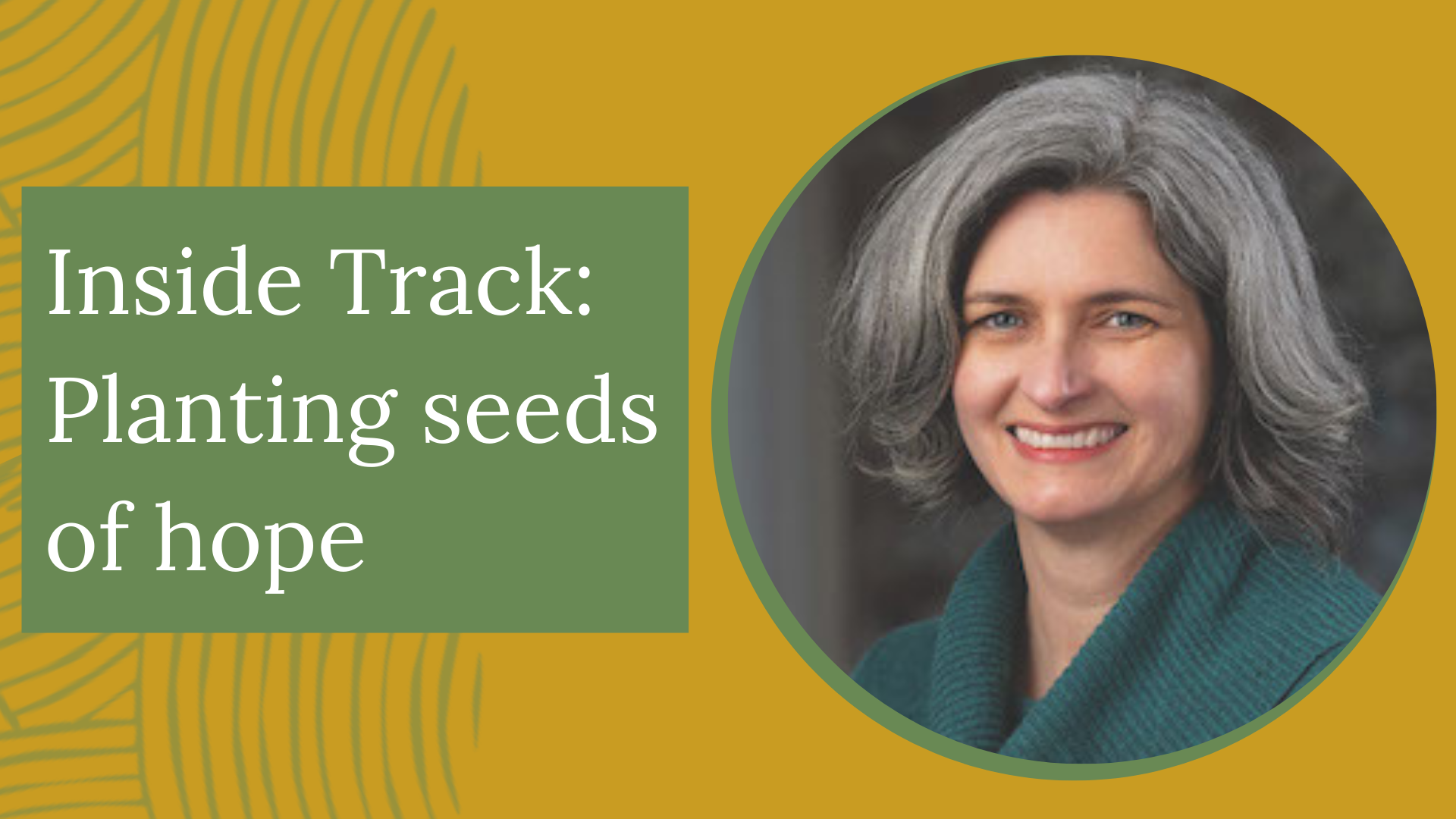 From GRBJ: "Inside Track: Planting seeds of hope"